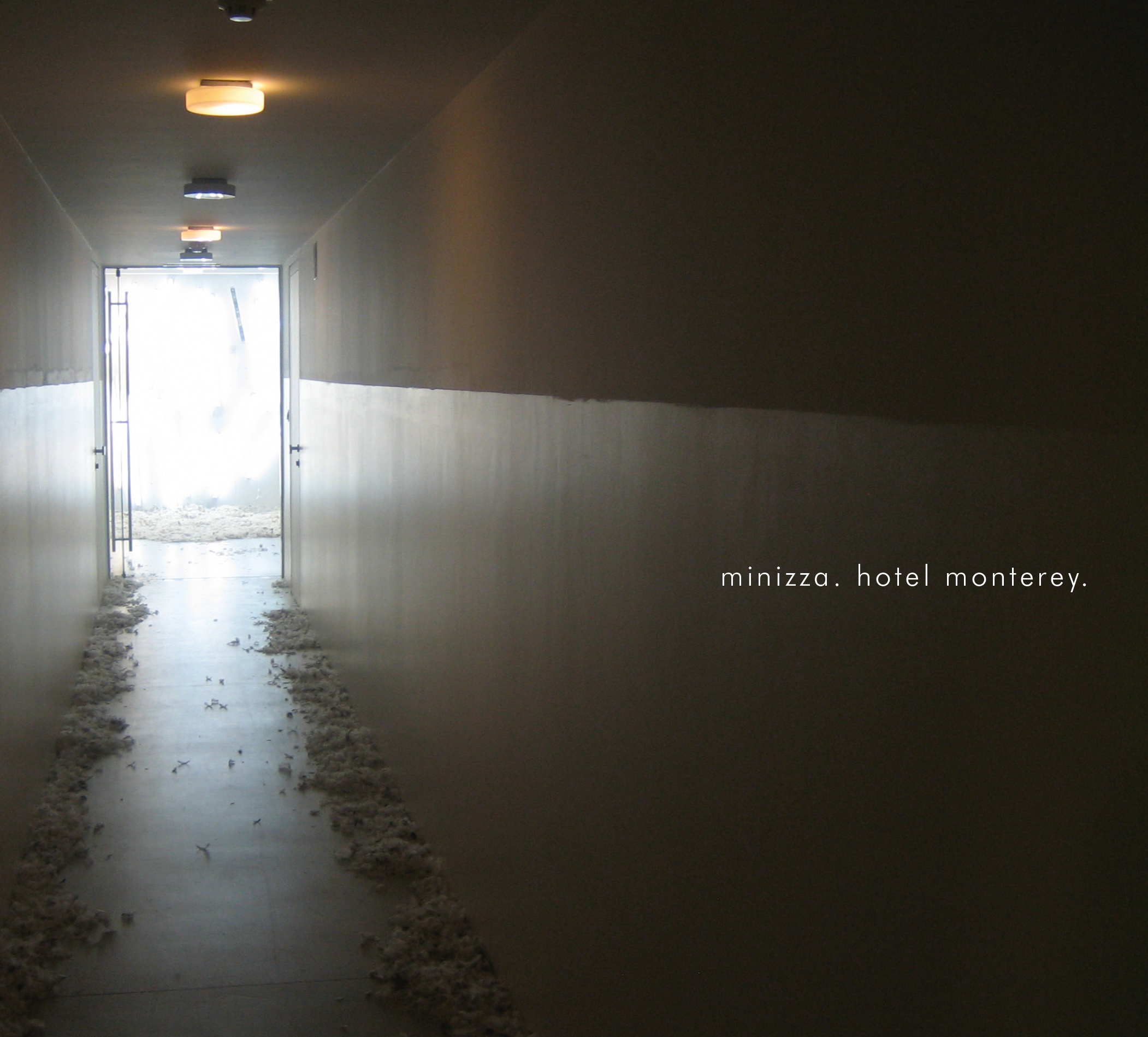 Hotel Monterey inspired by Chantal Akerman’s movie, was commissioned by the festival Electroni[k] (Saint-Brieuc, France), recorded on Radio France studios in May 2009, then reworked, remixed and mastered at Minizza studio.

For the realization of this project, Rainier Lericolais and David Sanson (That Summer) joined the original band members Franck Marguin and Geoffroy Montel. Hotel Monterey is a one hour long, dark, ambient instrumental piece,close to experimental music from the 90s (such as the first Jim O’Rourke records, Christoph Heemann or Coil).

"The music is not static at all, but is always on the move. From click-like rhythms to sparse piano bits, radio static, deformed rock music (but seemingly without drums) with strumming the guitar and such like. A very fine work." (Frans de Waard, Vital Weekly #785)